A downloadable game for Windows

How scary could a night of babysitting be?

A night of babysitting takes a sinister turn as strange phenomena occur with the blink of an eye.

This demo offers up to 1+ hours of content  and represents the first half of our project. This is a first-person psychological horror game that uses a constant blinking mechanic to psychologically torment and confuse the player as they uncover what's really going on in this horror story.

If you feel like you're going crazy, then it's working.

There are currently 3 alternate endings and various differences in gameplay depending on your choices.

Important Note:  The save function is not active for the  demo version.  Average  run time is 45min

You're a babysitter watching over a girl named Lily Vida for the night. Explore the Vida household and piece together the stories of the family and yourself.

Will you get through the night and uncover what's happening to you, or go insane trying?

We're a team of 2 who are hard at work completing the second half of the project and it would mean the world to us if you left a comment and give us a rating. Truly, thank you.

Join discussions, report bugs, and engage with our community and the devs on Discord.

Or, email us directly at community@abandonedhousestudios.com

I don't feel so bad after watching others gameplay/reactions lolol beautifully done game that offers a story your just urging to find more about. Well done abandoned house ill be following the progress!

Thank you, we hope to blow away your expectations with the full release!

So AWESOME!!! The game gave me chills! The graphics were Great, the game play is smooth and the story mode has me wanting more!  Keep up the good work! Can't wait for it to be finished!

Thank you! We can't wait for it to be finished either.

Very promising game. The developers at Abandon House Studios have obviously committed to making a quality experience for the player.  I HIGHLY  recommend this to anyone who has taken the time to look into this game and read through these reviews.

Keep up the great work!

Thank you for the kind words!! We hope you stay tuned for a big patch that'll be coming (hopefully) near the end of August.

This is an amazing game with so much potential!! I know the game development process can be a bit but it seems like these guys are shooting for a bigger story than just a cheap jumpscare horror game. Keep up the good work guys!

Thank you! That's exactly what we're trying to do! Stay tuned for more updates on the project :D

Hey guys. Played your game at the weekend for my channel. I had to dial down the settings despite having a powerful PC to record though, and I found it very dark with no gamma control.
Overall, I really enjoyed the creepy atmosphere of the house but I found the addition of the bits of story just confusing to the point that it interfered with the fun creepy house aspect. It made no sense to me.
I was disappointed to find out after playing that the best jumpscare in the game wasn't available to me because the bathroom was locked through the whole play, so likewise I didn't get the lighter (which might of helped with the darkness).
I think the game has potential. Your work on the atmosphere and graphics was fantastic. Just the story needs to be less complicated and confusing.
Interested enough to see where you take this project though. Needs some optimisation though so we can play on higher settings and still record. Thanks for the demo guys.

Hello, thank you for playing and thanks even more for the feedback. We've been optimizing and patching things every couple days. We're posting a blog update very soon that goes over all the major patches we've done from technical issues like you ran into to tightening up the story. Apologies again, we hope to give you the horror thrills you're seeking in the updated version (if you'll give us another go). Thank you again for playing.

No worries guys. I enjoyed many parts of it. I'll absolutely be checking out your updates. I'm interested to see where you take the project. Cheers.

can i know system requirements to play this game ?

^ You can run the game reliably with lower than the recommended specs with median texture detail and low shadows. The main benchmark to look for is a minimum of at least 4gb of vram.

Crazy game! Really well done and I love the blink mechanic.  I sometimes had the feeling I saw something right before blinking and then it was gone... real spooky.   For a free game that's a 10/10 for me.  I would've paid for that.  One of the hidden gems here.  Cheers!

Glad you enjoyed it and thank you for playing. We know you do no-commentary videos so we're super happy we were able to read what you thought about it. Cheers to you, we're looking forward to wowing you with the full release!

Also, if you wouldn't mind leaving a rating that would really help us organize general pros and cons as we continue development. Thanks again!

Really fun concept and the atmosphere was amazing! can't wait to see the full game :)

Thank you for playing, can't wait to tune into this let's play! If you could take a minute to rate the demo it would really help us weigh all the pros and cons as we continue to develop. Thanks again!!!

Reply
TheCassowary18 days ago(+2)
TL:DR An extremely solid demo worth the 45 minutes and the 5 Gb.

Now onto the main event, The Good The Bad and The Doctor.

Almost all the interactions with Mr Bits and the subtle clues towards his existence (before he reveals himself) are just creepy enough to keep the player on their toes. Teleporting the player inbetween blinks and forcing the player to interact with what I can only assume is a demon creates a strong feeling of tension.

The House design was interesting, twists and turns, doorways where you'd think it would be dead ends, doors catching in places that they shouldn't due to the overall design being just a little off in places works great from a story telling stand point.

The story has me genuinly interested even if it is a little pretentious in places.

Okay straight up the way the player is forced to intereact with objects just sometimes doesn't work, typically in horror gaes you want, left mouse click for picking up items and right mouse click for opening doors. Instead when it came to picking up notes and tapes I found myself mashing both buttons hoping eventually I would pick it up.

I can appreiciate that rather than just have a usual bright flash light in a suburban home you'd have a lighter, ups the spooky factor and all that. However if you want the player to be able to read all the world building and notes you may want to decrease the general les flare on it, as it makes reading notes, especially books, extremely difficult.

Finally the key management system and by extenstion note management system needs a bit of an overall, generally in horror games short notes and plot developing items go straight into player inventory and keys are auto matically used without needing to be selected. With a large portions of the notes in the game being just notes that have no bearing on the story or books that seem to exist as an inside joke that cannot be picked up leaves the game feeling a bit unnimersive. Maybe overhauling the inventory system so that it can automatically sort and select keys for you and also contain the various drawings in the game and notes in subcatagories to satisfy my need to collect every scrap of lore possible.

I won't ention the fps issues as it seems the new patch has fixed most of them so ignore that in the video.

You were stunning and you know what? So was I.

Thank you for taking the time to give us an in-depth review! We appreciate how you detailed out the pros and cons and helping us see what we can iterate and improve on.

Where to begin?
Blink is a great game hidden among the crowd, this is a game made by developers that care more about telling a compelling story and building atmosphere rather then a quick jumpscare.

It features a great blinking mechanic that sets it apart from other titles and gives a feeling of dread, when your character blinks you don't know what will happen...

The game runs great, not a single frame drop on my rig while recording, and that is refreshing to see in a newer title.

As for the intro, it was great to see the effort put into the game. You don't see that too often in games these days, unfortunately.

All and all, if you enjoy good atmosphere and a good compelling story with multiple endings and plenty of secrets  then give this game a shot!

If you'd like to see the ending I got and my reaction to the game then check me out. :)

Thank you so much for playing, we hope to up the ante for you upon the full release!

I LOVED THIS! As a big fan of the genre, too many horror games avoid atmosphere and the build of suspense, so Blink is right up my alley. Not your typical haunted house story, Blink will remind you why scary games can be effective. Things happen, sometimes without you realizing it. You see something on the table that wasn’t there a minute ago. Or, “Didn’t I close that door when I left?”

Of course, as the story slowly begins revealing itself, the incidents ramp up. “I hear the shower running, but no one is in there... right?

I don’t want to spoil your experience, but trust me, if you’re a fan of suspense and don’t want your game to rely on cheap jump scares, try this.

We're very happy you enjoyed your experience and like that we're doing with the classic "slow burn then ramp up" type horror approach. Thanks again for playing!

Reply
BadGaming198123 days ago(+1)
This one is a pretty good horror experience.  Good atmosphere and a few jump scares.  Check out the vid.
Reply
Deleted post23 days ago
Deleted 23 days ago
Reply
Abandoned House Studios23 days ago

Hello, apologies for the confusion. You can use the lighter by pressing the "4" key, thank you again for playing, we really do appreciate it.

6gig of gold right here, highly recommend this one!

We really appreciate the kind words, thank you!

The subtle changes in the environment made me question if I were actually going insane. Well done, can't wait for the main course. 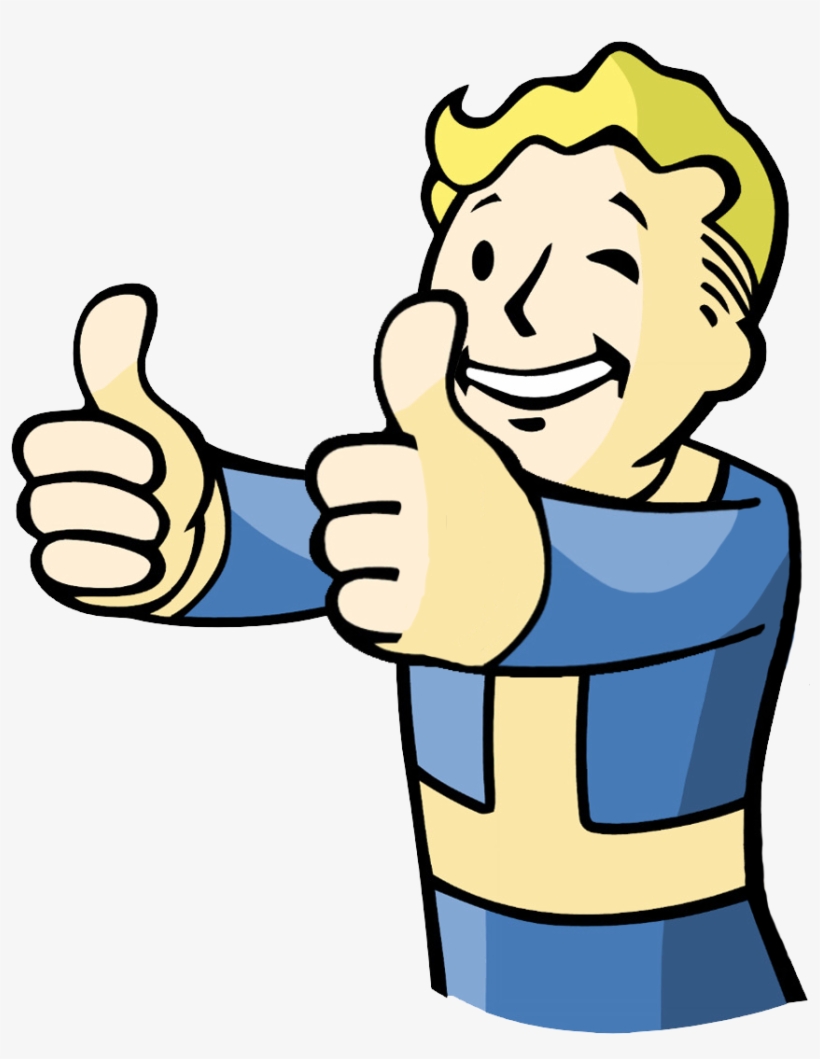 I really liked this game, I felt uneasy all the way through! Looking forward to more! 😁

Thank you for playing! We are glad you enjoyed it!

I love the atmosphere!

Not gonna lie.... played during the day with friends.... still jumped and screamed a few times which is more than I can say for movies out these days. Great game....best of lucks!!!

Glad you enjoyed it!! We can't wait for you to see the second half of the game, thanks for playing!

Awesome Game! There seems to be some hidden lore or something. Good job guys! can't wait for more!